Passive fire protection products, such as fireproofing, is used to delay (or even prevent) the failure of steel and concrete structures that are exposed to the high temperatures found during a fire. They do this by thermally insulating the structural members to keep them below the temperatures that cause failure.

SFRM is composed of cement or gypsum and often contains other materials like mineral wool, quartz, perlite, or vermiculite. The gypsum or cement makes up the majority of the solution and is selected because it hardens as it dries. The other materials are used to help lighten the solution or to add air as an insulator.

Applied fireproofing is available as a wet or dry spray formula. The fireproofing is generally delivered as a dry powder in bags, which is then mixed with water in the field.

The fire resistance of structures to which SFRM are applied are measured and defined by fire endurance tests such as ASTM E119, Standard Test Methods for Fire Tests of Building Construction and Materials.

The International Building Code discusses SFRM in Section 704.13. However, all of IBC Section 704 covers the Fire-Resistance Rating of Structural Members, which can be provided by Spray Applied Fireproofing.

Spray Applied Fireproofing is primarily used to protect rigid structural elements including columns, beams, metal decking, and some steel joists from the effects of heat generated during a fire.

While not its primary use, SFRM may also provide acoustical treatment and thermal insulation for large areas where the structural members and metal decking are left exposed, but treated with SFRM. This should be thought of as an added benefit since there are other materials specifically made for providing acoustical or thermal insulation.

A member of our team is available to help answer any questions you may have. How can we help you? 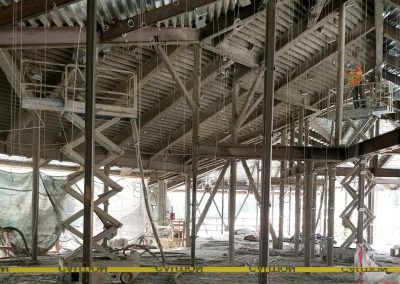 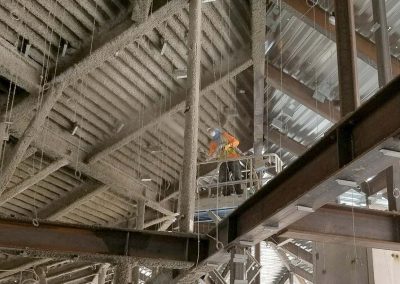 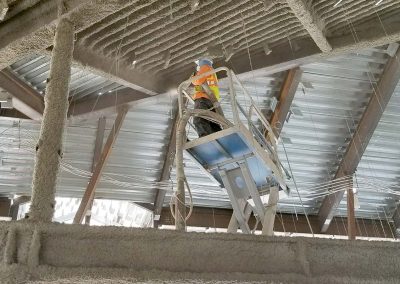 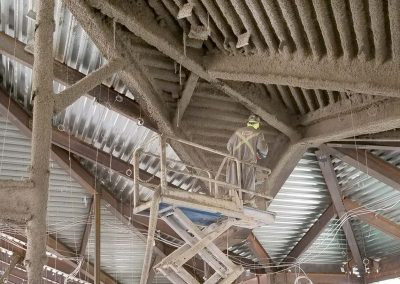 The technical name for Intumescent Fireproofing is Intumescent Fire-Resistive Material (IFRM). It is used in buildings as a passive fire resistance measure. It can be applied to exposed structural members as an aesthetically pleasing fireproofing finish.

The key feature of Intumescent Fireproofing is that it expands significantly when exposed to high temperatures, such as those found in a fire. Some intumescent products can expand to more than 100-times the original thickness. As the product expands it becomes much less dense, which makes it act as an insulator that keeps the high temperatures away from structural members.

In the United States, both the International Building Codes (IBC) and the Life Safety Code (NFPA 101) provide criteria for proper fire protection. It is critical that architects understand the requirements when determining where protection is needed and when selecting the type of protection to be used. 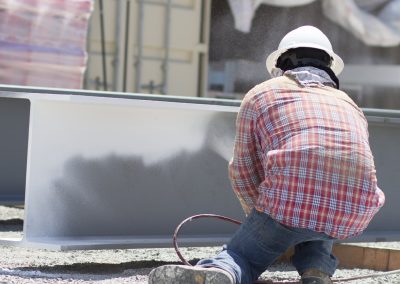 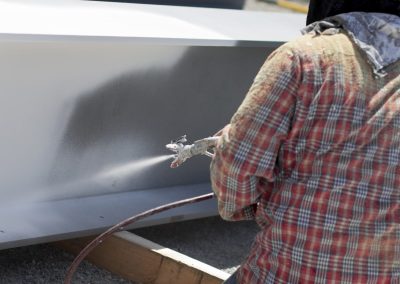 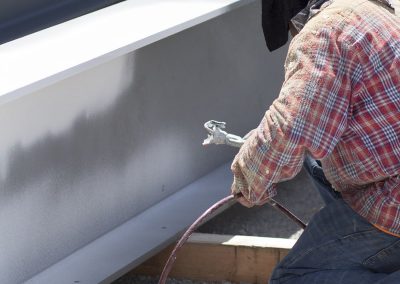 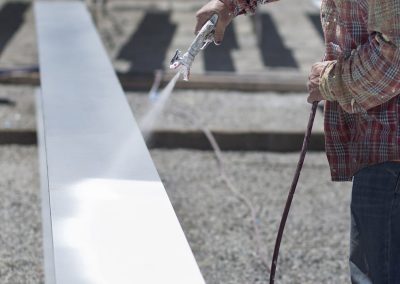 We can’t wait to help. Send us a message today to learn more!

There is a growing trend in the construction industry for refurbishing older existing commercial buildings and bringing them up to modern code standards. Sometimes these buildings may contain outdated asbestos-containing fireproofing materials, and these older materials must be abated by licensed abatement contractors. Once the abatement has been completed, Advanced Fireproofing & Insulation Co. can provide new fireproofing respray to the existing steel frame, bringing these older buildings up to modern code standards.

Our team can help answer any questions you may have.

We Can't Wait to Hear From You